In was August 28, 1963, almost six decades ago, when Dr. Virgil Wood was given the privilege of serving as State Wide Coordinator for the historic March on Washington. The Lynchburg chapter of SCLC had the capacity to make it happen, and its team members carried it out magnificently, with some working shoulder to shoulder in the trenches. 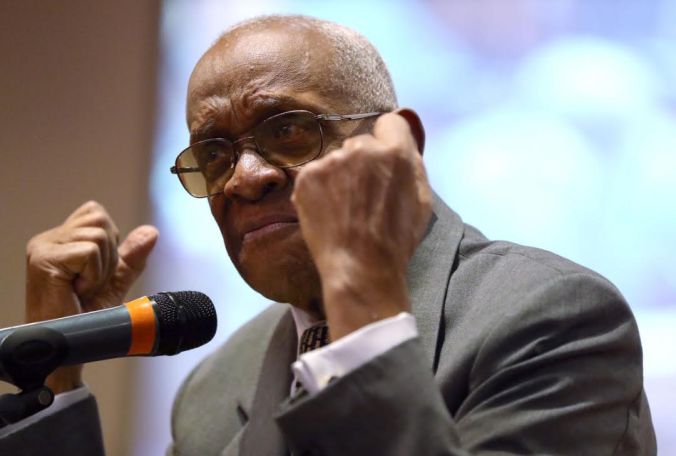 The intervening years have witnessed many highs and lows, which frame the story of how that March on August 28, 1963—“to collect on a bad check” (MLK) —morphed into the effort to launch the Poor Peoples’ Campaign, in April, 1968—“to eliminate the root causes of poverty in America” (MLK).

The JNC’s mission is to foster the healing for our nation, seeking to reverse the curse of hatred and poverty, guided by love. It aims to achieve its mission through focused attention to one community at a time, providing training and development which can help citizens thrive and become self-sufficient. With an appreciation for God’s gift of free-choice to humankind and an understanding that there is a fine-line dividing right and wrong actions, the JNC seeks to eliminate blame and cultivate an atmosphere where good is supported and considered normal. It seeks to reach and build up despondent citizens and instill the truth of their ability to change their circumstances for the betterment of the entire community.

Among the many dimensions required for healing the JNC marshals efforts to build the capacity of youth and their families to thrive—economically, educationally, socially, financially, and spiritually—and reduce the distance between youth and police. The JNC engages a five-prong approach that focuses on: (1) intervening intensively to strengthen the relationship between youth and police; (2) supporting the mental health of at-risk youth; (3) facilitating and nurturing mentor-mentee relationships between local role models and at-risk youth; (4) engaging families to increase their capacities to succeed economically, educationally, socially, financially, and spiritually; and (5) preparing communities to support the full engagement of at-risk youth with the community.

With an epidemic of violence in American communities, far too many police shootings destroying our youth, and an atmosphere of hatred dividing the races, a change must take place now. We are losing our youth and their families, and poverty stricken communities are guided by fear and dire hopelessness. Without real understanding and with fingers being pointed for blame, explosions occur that lead to more violence and further separation. If nothing is done, our nation will remain in this cycle of self-destruction with no hope for rescue.

In the face of this urgent need for community engagement and change, the JNC has partnered with organizations of Church, Town, and Gown, that share the co-mission of mobilizing for total community success. Each organization advances the principles of seeking spiritual empowerment to develop ourselves; growing economic capacity to take care of ourselves; building beloved communities to fulfill ourselves; and celebrating divine goodness, as grace for the gifts and gratitude to the Giver. Called to order by Dr. Virgil A. Wood—veteran Civil Rights activist, scholar, and minister—the collaborative is dedicated to accelerating the development of Martin Luther King, Jr.’s Beloved Community by synergizing the strengths of collaborating partners.

The synergistic connections between collaborative organizations were envisioned in the June 13, 2015, Because All Lives Matter Summit in Houston, TX.

During the summit, the common missions and non-overlapping training components of two established programs became evident. It became evident that these two programs, The TAPS (Teen And Police Service) Academy and the Heroes and Dreams Academy were working on the same mission, were non-duplicative, and were focusing on the needs of youth at different phases along a continuum of care. A harmonious vision emerged that combined the more intensive training addressing the needs of at-risk youth (TAPS Academy), with the natural progress of the less intensive follow-up as youth made progress (Heroes and Dreams Academy). Each of these interdependent components created a seamless process of powerful and consistent training of youth. This training, and the corresponding levels of needed support, works to harness the energy of the potential hero in each youth.

Additional material for the further development of strategic initiatives can be found in Dr. Wood’s book, In Love We Still Trust: Lessons WE Learned from Martin Luther King, Jr., and Sr., revised in 2020.